The Goms from the Furka to ...

The Goms from the Furka to ... 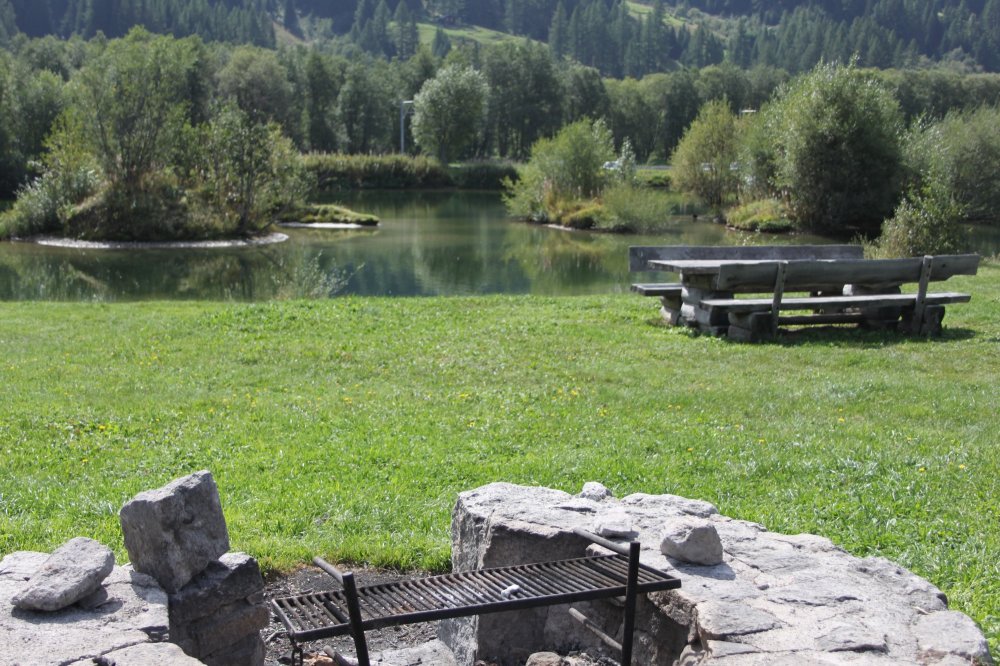 A bathing lake with its own train station - Geschinen. Where do you find it? In Goms and this is just about 25 minutes away by train. But only in Sommer!

The lake was artificially created after an avalanche had massively changed the environment. It was officially inaugurated on 2 August 2003 after a three-year construction period. After the avalanche, in winter 1999 an avalanche safety dam was built in Geschinen. The material that was used to build the dam left a big hole behind on the airfield. An idea that has existed for some time has been realized. From the hole, the Geschiner lake was created.

Enjoy the cool water in summer. Dive in or conquer the water during your SUP. Stand up Paddling is a hit!

After the water you go on to the nearby barbecue facility, right on the picturesque shore of the lake. They are at your disposal to be fired up. Barbecue fun in the open - guarantee for a successful day!